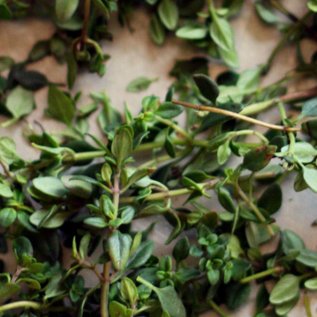 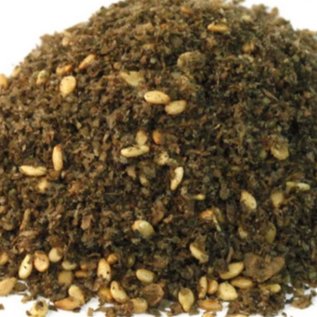 Not the least of authority

Za'atar poses some problems to us, according to Harold McGee, not the least authority on food and drink, is it a mix of oregano, thyme, sesame seeds and sumac. Jigal Krant, not the least authority in the field of food and drink, has a different reading. According to him, za'atar is often 'translated' with hyssop, oregano or thyme and none of that applies. Za'atar is za'atar. (POINT).

Many pots with the inscription "za'atar" do not contain za'atar at all, but anything and everything and especially no za'atar. Unfortunately, this also applies to that of the famous Jonnie Boer. Unfortunately, the price also offers no guidance and to make it even more confusing, some manufacturers translate za'atar (the herb) as hyssop, thyme, oregano.

If the ingredient list is longer than oregano / thyme / marjoram / za'atar, sesame seeds, sumac and olive oil (the Palestinian variety), then you're dealing with pure junk. Fortunately, we have once again hit Ottolenghi, after all, not the least authority in the field of food and drink. His explanation begins for ambiguous, but according to him za'atar is identical to what we know as hyssop, with which the confusion has now taken on biblical proportions. Incidentally, Ottolenghi also subtly points out that za'atar has become part of the Israeli-Palestinian conflict.

What everyone agrees on is that it plays a key role in both Palestinian and Israeli cuisines.

The difference between Lebanese and Palestinian, incidentally, is that the latter contains olive oil.