the Dutch oven over 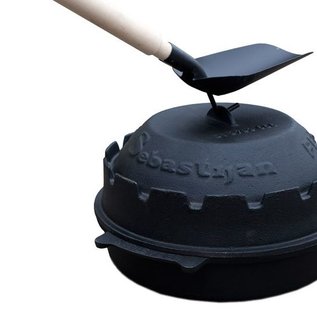 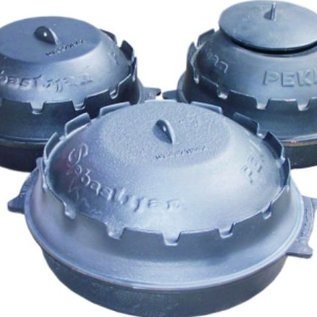 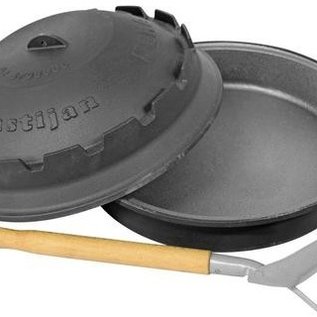 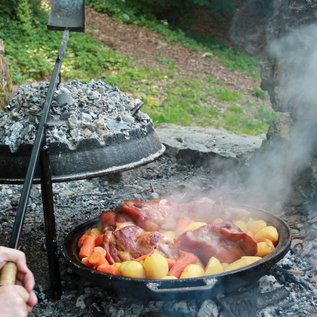 Electric spit for lamb or piglet

A SAC is a large metal or ceramic cover, which is what appears to be a low bell, like bread or meat Pastry can be. On the lid are ash and smoldering coals scooped, thus creating a kind of convection oven. The shape of the escaping stoomrecirculeren is allowing meat, fish and vegetables stay moist and the different products will influence each other's taste in the pan.

The SAC is also used to bake bread and pasta as burek and pizza. Mogeljk the form copied from the bell-shaped ovens used in the Middle East for baking unleavened breads.

Originally, the Sac and simple, primitive furnace for the preparation of various dishes and was mainly found in less well-off families who could not afford a furnace. The lid was then often used for the baking of unleavened bread. Today we find the Sac especially in restaurants in several Balkan countries such as Albania, Bulgaria, Macedonia, Serbia, Bosnia & Herzegovina, Slovenia, Montenegro, Kosovo, Greece and Turkey.

The traditional style of cooking in which a leading role vor SAC is considered by many chefs especially appreciated because the taste of the dishes is enhanced, light smoky taste and the benefits of convection technology.

Naturally, each region has its own version and verschillernde names used for these devices.

More about ispod čripnje as it is called in Croatia (cooking under the bell), including preparing and different recipes you will find this site .