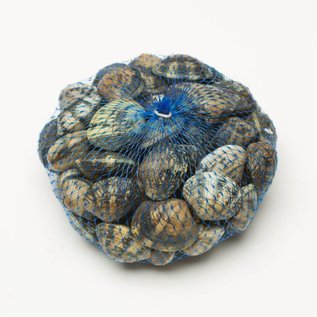 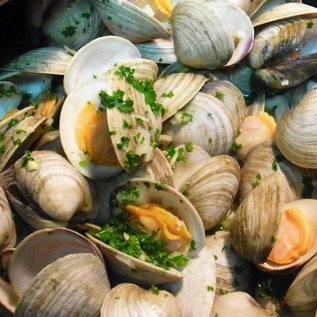 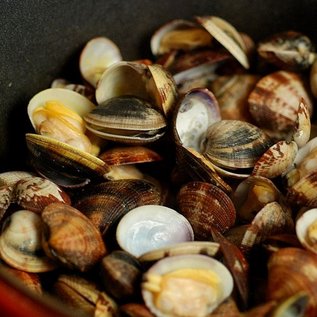 €27,77 Incl. tax
Vongole are often used in soups or pasta dishes. This shell is salty, sweet flavor and a meaty bite. A real delight!

Shellfish like clams, mussels and oysters are processed alive, only then are they safe to eat. Hence, in our delivery time is up. In addition, you should check them for gebruiok really still alive and dead discard. That is best achieved by their natural environment (the sea) to mimic, not bluntly in a bin throw cold water, but by water sufficient to salts (test as if the water tastes like the sea, and you know you're good) . If the animal life, the shells open, but if you disturb the animals are the shells immediately closed again. From here, take a little time for. The animals can acclimatize and then they get in passing the necessary sand lost.

Remove half the clams from their shells; this take the smaller ones.

Put the spaghetti along with the parsley to the pan with the cockles and olive oil. Add salt to taste and stir well to ensure that all the spaghetti with a layer of sauce is covered. Decorate the whole with the overgehpuden large specimens.