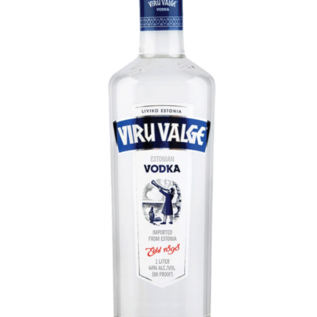 The Viru Valge Vodka is a Northern European Vodka that has been made in Estonia since the 19th century. The oldest distillery in the country, Liviko, was founded in 1898. It is the oldest and most legendary vodka in Estonia. The vodka is produced from high-quality grain, special spring water and alcohol.

The protected designation of origin ( PDO ) / Protected Geographical Identity of this Vodka has been suspended because the producer currently has a problem finding an Estonian distiller who can supply alcohol that can meet the high requirements of Liviko. Because the EU specifically requires that all ingredients come from Estonia for the PDO, the qualification is therefore temporarily suspended.

Incidentally, there are often heated discussions about vodka or vodka anyway, for example read this article from the NRC . We naturally believe that real vodka must come from real vodka countries and is made from grain or potato.