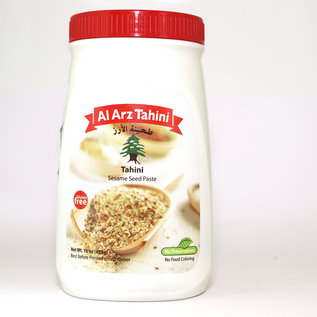 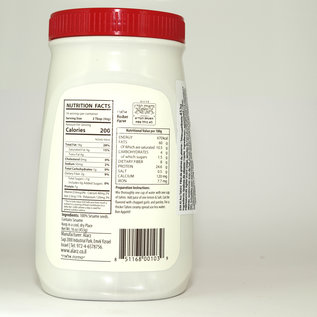 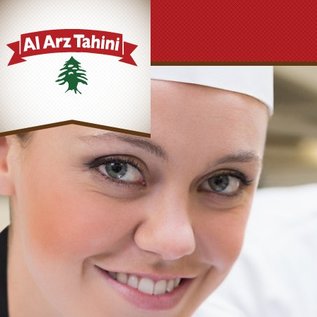 Tahin (also called tahini, tachina (pronunciation 'tagina') (Arabic) or t'china (טְחִינָה) (Hebrew)) is a paste made from sesame seeds. It forms a basis for tahini sauce, for example, which is served with shawarma and falafel, among other things. Also hummus (chickpea puree) and baba ghanoush (a kind of salad made of roasted eggplant) cannot do without tahini. Tahini is used as a spread on bread and is also an important ingredient in the halva that is made in Turkey and other pastries from that region. Tahin is mainly used in dishes from the Middle East (especially Israel, Lebanon and Syria).

Tahini sauce is prepared by mixing a few tablespoons of sesame paste with lime or lemon juice, a clove of crushed garlic and chopped parsley. Sea salt is often also added during the preparation. The mixture is then stirred and water added until the desired thickness is reached. Optionally, sweet paprika powder is sprinkled over it.

The organic variant is only available on special order, because it is not produced by Al Arz as standard as there is no demand in Israel, because all tahini from Al Arz is organic but without an official certificate, something that is more important in Europe. than in the country of origin.