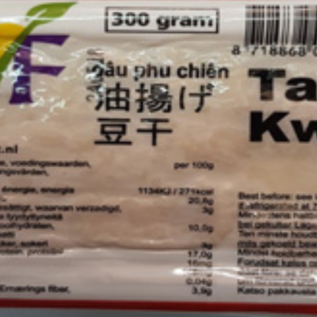 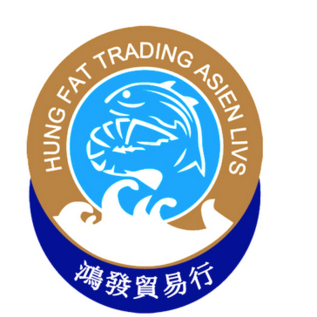 The name for a hearty Indonesian tofu (tauhu or tahu) is taukwa. It is a classic tahu, from which a lot of moisture has already been pressed. The advantage of this is that this tahu is much easier to bake.

Often tau kwa is gray-white like unpressed tahu, but tau kwa is also sold in the classic yellow version. This Tahu kuning (kuning means yellow) owes its color to the dipping bath with turmeric (kunjit), and is also called tahu kuning. There is also black tau kwa for sale, from the Unicurd brand.

The black tahu from Unicurd is made from black soybeans, which contain anthocyanin, which is responsible for the black (blue-black) color of the soybeans. The black 'coating' is applied with caramel. The yellow tau kwa ivan Unicord, like that of Lym, is made of yellow soybeans and colored in a dip with turmeric.