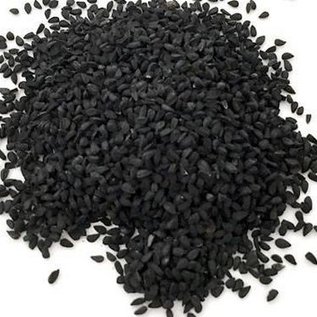 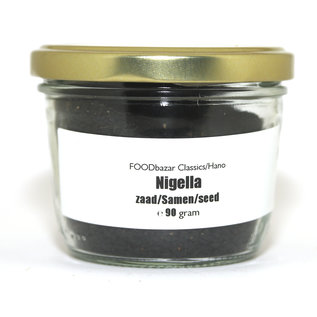 But what is it? We quote Wikipedia ...

We are always a bit hesitant when it comes to medicinal and / or health-promoting aspects of foods, but for completeness we have not eliminated them ...

In the kitchen , roasted seeds are usually used because they have a nutmeg-like flavor. In Indian , Turkish , Persian , Egyptian and Greek cuisine , the seeds are used to decorate or grind bread to give flavor to meat dishes.

Black cumin has been used as a medicine since ancient times. The plant part that is most used is the seeds, especially the oil that is extracted from these seeds. In ancient Egypt one has found black cumin that was given in the tombs of nobles. Only very valuable things that were necessary for the hereafter were of course laid in these graves, showing the importance of black cumin.

In the Tenach - in the book of Isaiah 28: 23-29 - the strict teaching of YHWH is compared with the threshing of black cumin ( Hebrew : ketzah ).

Later this plant is found back at Hippocrates and Dioscorides and through their writings this plant is included in herb books in the Middle Ages .

Abu Huraira narrated that Muhammad would have said: "Use black cumin (Arabic: habba as-sawda), it is a cure for every disease except death". Ibn Sina (980-1037) describes this plant as an energy supplier and suitable for fatigue and depression. The applications he prescribed were both external (eczema, hair loss) and internal (such as incontinence, gallstones, constipation). This explains why to date black cumin and especially oil extracted from these seeds can be found in Islamic communities around the world.

Black cumin currently has five FDA (Food and Drug Administration) separate patents in the United States and one in the United Kingdom for the treatment of: [2]