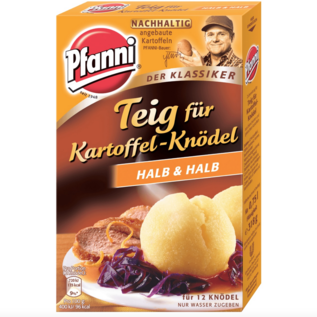 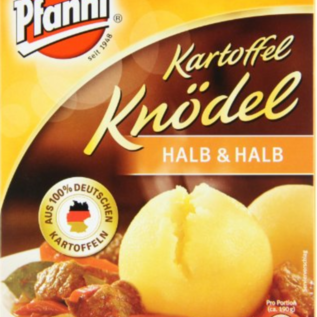 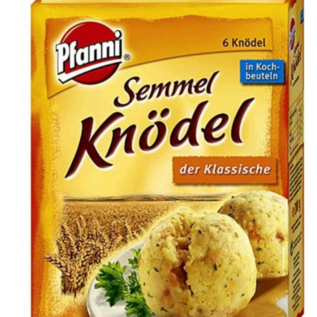 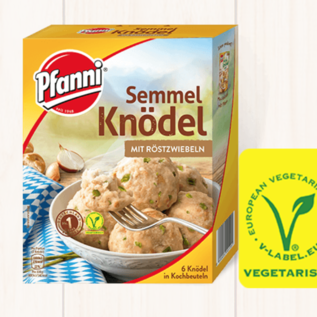 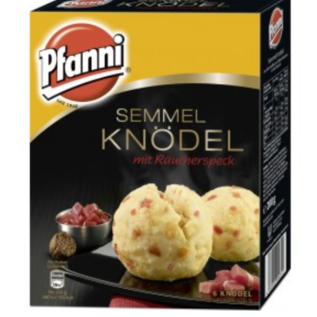 When it comes to cooking, we are very strict and therefore rabid against bags and parcels. But the bow cannot always be tense and we do not like orthodoxy in principle.

What we also cannot fully comprehend is the Dutch-wide rejection of knödel. That's why we've embraced Pfanni's convenience knödel. The preparation consists of the release of the cooking bags from their box. Then put them in a pan with cold, salted water. Bring to a boil and simmer for an additional 15 minutes. Then rinse with cold water and carefully open the bags.

This dumplings variant requires a little more effort, as the dumplings have to be formed by themselves. In principle, you can just add water, but from a customer with roots in Thuringia, we understood that they become much better with filling them with some homemade croutons. of course you can also add a fried onion and / or parsley.

According to the same unexpected source, making Kartoffelknödel Halb & Halb is a heathen job that her mother spent hours on at the time. Half of the dumplings consist of cooked potato and the other half of raw, squeezed potatoes. Her mother used a special potato press for that pressing.

We have three variants:

The first consist of 81% potatoes, further starch and flour. The semmelknödel are based on buns (semmel) and egg and the semmelknödel with onion also contain fried onion. Each pack consists of six dumplings in an individual cooking pouch.

The nice thing about knödel is that it is a nice form of residual processing. Especially for wrapping old bread. If you have the taste and want to get started with bread, egg and much more, then take a look at this variant of Eetwijzer . A further recommendation is the serviettenknödel .