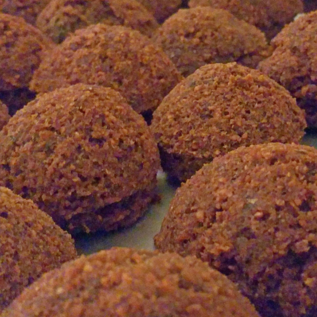 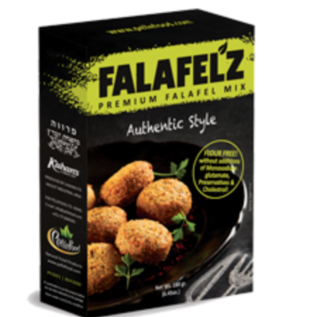 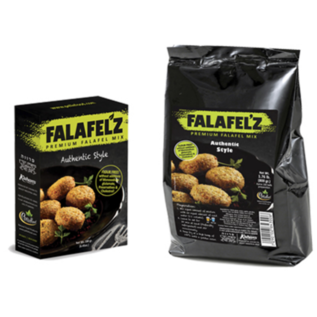 Falafel is a kind of fast food but, as is often the case, more 'fast' for the eater than for the cook. Because those chickpeas really have to soak overnight with and after mixing, the mixture of the finely ground chickpeas, coriander, onion, parsley and herbs has to rest for an hour. So quickly satisfy a falafel impulse .... unfortunately peanut butter. Unless you are the kind who plans impulses carefully and especially in a timely manner.

If the feeling of a falafel impulse is not strange to you, but if your impulses are somewhat impulsive or sudden and out of control, then there is the falafel mix. Well, more often falafel mass instead of -mix. However, Pellefood's falafel mix can survive. Okay, we're putting it on a bit reserved, because we're hardcore self-do types with superhuman impulse suppression abilities.

If we weren't, this falafel would be quite acceptable. The mix contains only six ingredients, namely chickpeas, onion, garlic, parsley, herbs, leavening agent (baking powder) and corn starch. The preparation is child's play and requires a minimum of patience. Mix powder with an equal volume of water, let it rest for half an hour in the refrigerator, at the same time heat the oil to 170ºC. When the oil is hot, add balls of mixture and fry until golden brown.