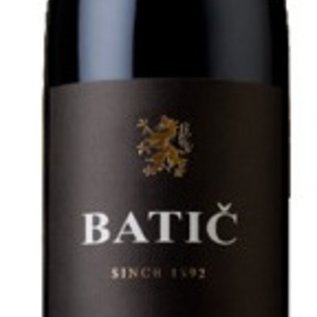 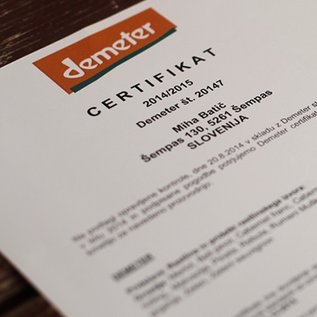 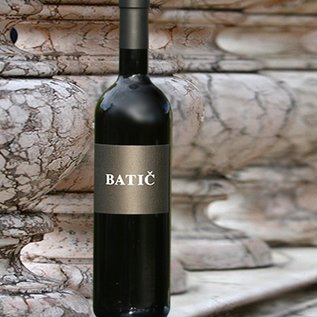 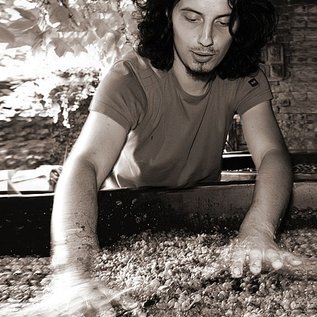 TASTE: In the neighborhood of red wine shades, minerally with a very strong sense of smoke. A solid and full body is beautifully finished by the intense mineral character. The finish is long and pure.
VINEYARD: Vogersko hill, Brajda
WINE DISTRICT: Vipavska Dolina
SOIL: marl
Sticks average age: 28 years
Density: 7000 vines / ha
HARVESTING: hand picked selection
Yield / stick: 0.5kg
HARVEST TECHNOLOGY: Zaria represents the new dawn of the age-old wine culture. It is a cuvee of seven white grapes: Pinela, Zelen, Ribolla Gialla, Vitovska, Klar Nica, Yellow Muscat and Chardonnay.Alle seven species growing in the same vineyard, so they can pollinate well together. The same philosophy is used for harvesting - all seven species are harvested together and soaked so that Zaria can be the perfect harmony.
Both the cultivation of the soil and the maceration of the grapes are performed with respect to the old Vipavska dolina winemaking traditions that had been in use for centuries, until the 1950s, the whole process is strongly linked to the phases of the moon.
Zaria wine is a reflection of the revenue from 2013. From the very beginning, Zaria is formed by the new moon, which gives the wine its young, lively and deep character.
Zaria aged in Slovenian oak barrels and bottled without filtration and addition of sulfur dioxide.
Zaria's intense color is a result of a very low yield per hectare, longer maceration and the way in which it was aged.
As Zaria was fermented at ambient temperature, it is advisable to serve the wine at 14-15 degrees Celsius.
Zaria tastes completely different from the conventional 21st-century wine. Our goal was the traditional way of making wine, so the wine gets its healing powers and joy, revive.

Filtration: None
BOTTLING: Each barrel Zaria was individually under a certain phase of the moon gebotteld.AANTAL BOTTLES: 4.500 of 0,75 bottles
Alcohol: 13.5% vol
Keep Potential: 2025
Add your review
0 stars based on 0 reviews
Please accept cookies to help us improve this website Is this OK? Yes No More on cookies »