Mustard belongs botanically to the family of rapeseed plants (Brassica). Mustard oil is of vegetable origin and is obtained by cold pressing of the seeds of the black and yellow mustard (Sinapis alba). Mustard oil contains erucic acid as opposed to rapeseed oil.

Erucic acid is a monounsaturated fatty acid (C22: 1), which is found in the mustard seeds. The rules on the maximum levels of erucic acid in food of 24 May 1977 (Federal Law Gazette I 1977, p 782) may edible oils, edible fats and their mixtures, which are delivered as such to the consumer, or foods that contain them, not more than 5% erucic acid contained.

The edible oil extracted from a low erucic acid mustard seeds by cold pressing has the typical mustard field as it is typical for the piquant taste of mustard, horseradish, wasabi, arugula, radishes and cress. The sharpness is due to the natural content of mustard oil glycosides and the liberated therefrom isothiocyanates (allyl).

Apart from the sparkling sharpness the mustard oil is characterized also by a considerable content of omega-3 fatty acid of which is significantly higher than in rapeseed oil and walnut oil. Mustard oil contains about 16% omega-3 fatty acid and is therefore classified as a high-quality edible oil with a balanced ratio (1: 1) of omega-3 to omega-6 fatty acids!

In the Indian and Bengali cuisine mustard oil is widely used and popular. It is used for sharp dips and sauces and gives curries and fish dishes a spicy-spicy aroma. Also called sushi seasoning oil is mustard oil highly recommended because it is more evenly distributed and more compatible than the green wasabi paste.

Also for cooking, seasoning and marinating vegetables it is often used. The preparation of a mayonnaise with mustard oil for the potato salad is a culinary experience. Mix mustard oil and rapeseed oil in equal parts and recycle it into a delicious mayonnaise.

Proven in Asian cuisine for seafood and stir-fried vegetables, in this country, it goes well with potatoes and sausage salads, savory salad dressings and quark desserts, spreads, Gemüsedipps, meat - and fish dishes, soups and sauces. The mustard oil 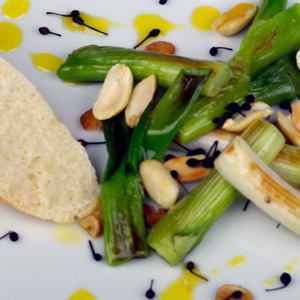 preparation
First, the honey with apple cider vinegar, mustard and sea salt together. Then, the oil gradually suppressed.

Add your review
0 stars based on 0 reviews
culinaire olie (27) / mosterd (1) / mosterdolie (1) / olie (4)
Please accept cookies to help us improve this website Is this OK? Yes No More on cookies »